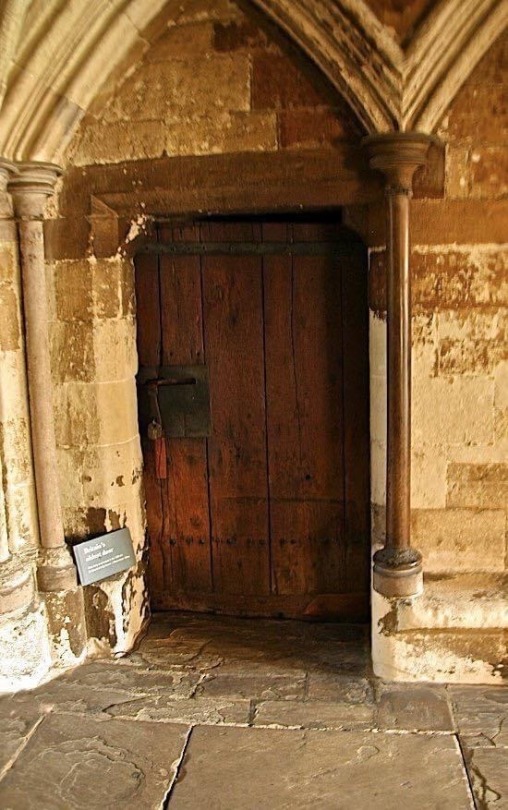 A 900-year-old door – once thought to be covered in human skin – has been identified as the oldest in the UK.
Archaeologists discovered the oak door in Westminster Abbey was put in place in the 1050s, during the reign of the Abbey’s founder, Edward the Confessor.
It makes it the only surviving Anglo Saxon door in Britain.
Tests also showed fragments of hide stuck to the door – which legend said was the skin of a punished man – was cow hide, said an Abbey spokeswoman.
It is thought it has only survived because it is indoors and has been in constant use.
The Abbey spokeswoman continued: “It has long been obvious that the battered and insignificant-looking wooden door must be ancient but its true age has eluded discovery.
“In the 19th century it was noticed that there were fragments of hide adhering to the door and a legend grew up suggesting that these were human.
“It was supposed that somebody in the Middle Ages had been caught committing sacrilege in the Abbey, had been flayed and his skin nailed to the door as a deterrent to other would-be felons.”
The door is made from one tree, with its rings suggesting it grew between AD 924 and 1030. It has five panels and is 6.5ft high by 4ft wide.
It opens into the octagonal Chapter House, where monks met every day for prayers in the 13th century.
Parliament temporarily resided in it in the 14th century and staff store religious documents there now.
Archaeologist Warwick Rodwell said: “The ring-pattern displayed by the timber indicates that the tree grew in eastern England and almost certainly came from the extensive woodland owned by the Abbey, possibly in Essex.”