During the New Hampshire Democrat debate, Sen. Bernie Sanders (I-VT) again voiced support for banning “assault weapons” and admitted that such a ban is just the start.

He said he will “make certain that we end the sale and distribution of ‘assault weapons’ in this country.’” And as the audience applauded he added, “And we go further, we go further, but the bottom line is that I will not be intimidated by the NRA.”

Sen. Sanders on his proposed gun policy: “Under my administration, it will be the American people doing gun policy not dictated by the NRA….we need universal background checks.” http://abcn.ws/2vaOrPQ  #DemDebate 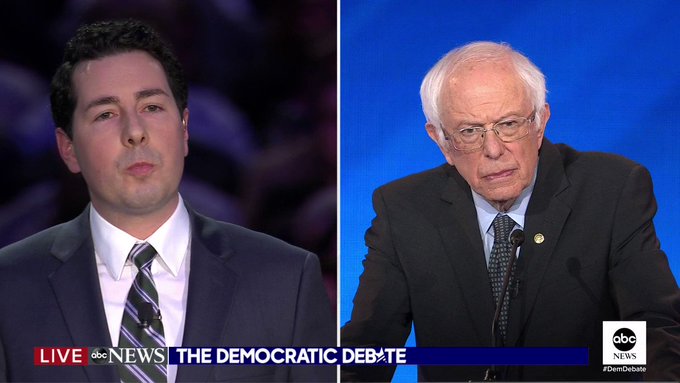 139 people are talking about this

California has had universal background checks since the early 1990s, yet Americans have been glued to their televisions multiple times in recent years to watch news reports of mass shootings in the Golden State.

On January 15, 2019, Breitbart News reported the Department of Justice figures drawn from interviews with 300,000 prisoners. Those figures showed only 0.8 percent of prisoners acquired their guns at a gun show.

AWR Hawkins is an award-winning Second Amendment columnist for Breitbart News and the writer/curator of Down Range with AWR Hawkins, a weekly newsletter focused on all things Second Amendment. He is the political analyst for Armed American Radio. Follow him on Twitter: @AWRHawkins. Reach him directly at awrhawkins@breitbart.com. Sign up to get Down Range at breitbart.com/downrange.