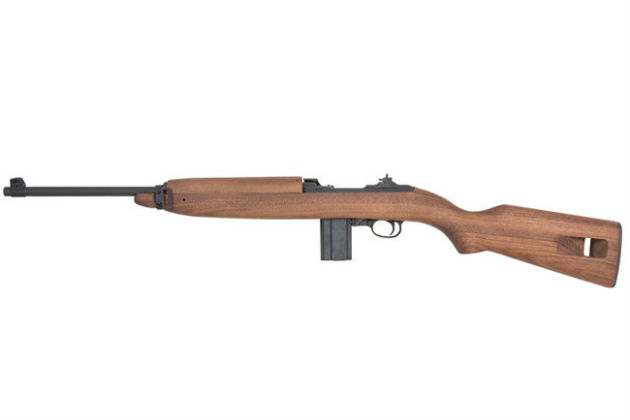 An M1 Carbine. (Courtesy of Auto-Ordnance)

Designed by Winchester for the military in the early 1940s, the .30 Carbine cartridge (and the firearm it was originally designed for: the M1 Carbine), was designed to be “more than a pistol, but less than a rifle.” Used by the United States military in World War II, Korea and Vietnam, the .30 Carbine also became very popular among civilian hunters and shooters. Though it is a great cartridge under the appropriate conditions, the .30 Carbine is probably one of the most underrated light rifle cartridges in the United States.

Adopted by the military at the beginning of World War II, the M1 Carbine was intended for use by soldiers, such as truck drivers, radio operators, forward observers, and mortar crewmen, for whom it was impractical to carry and use the larger and heavier M1 Garand rifle.

The M1 Carbine was developed as a compromise to give them a weapon that was lighter and easier to carry than a full-sized rifle, but more powerful and with a longer effective range than a pistol or submachine gun. With a 15- and later 30-round detachable magazine, the semi-automatic M1 Carbine gave the soldier using it a considerable amount of firepower, especially compared to other military weapons at the time.

Along with the M1 Carbine, Winchester designed the new .30 Carbine cartridge by modifying the old .32 Winchester Self-Loading cartridge. The .30 Carbine (7.62×33 mm) was originally designed to fire a .30 caliber, 110 gr full metal jacket bullet at just under 2,000 feet per second. Though the .30 Carbine was certainly no slouch, it was much less powerful than the .30-06 Springfield round fired by the M1 Garand.

However, the .30 Carbine cartridge was deemed acceptable by the military because it was not intended to be used by soldiers involved in heavy fighting as their primary weapon. The fact that the M1 Carbine was nearly 8 inches shorter and several pounds lighter than the M1 Garand, and much more powerful with a significantly longer effective range than the M1911 pistol, made it a great choice for support troops, paratroopers, vehicle crewmen, etc. 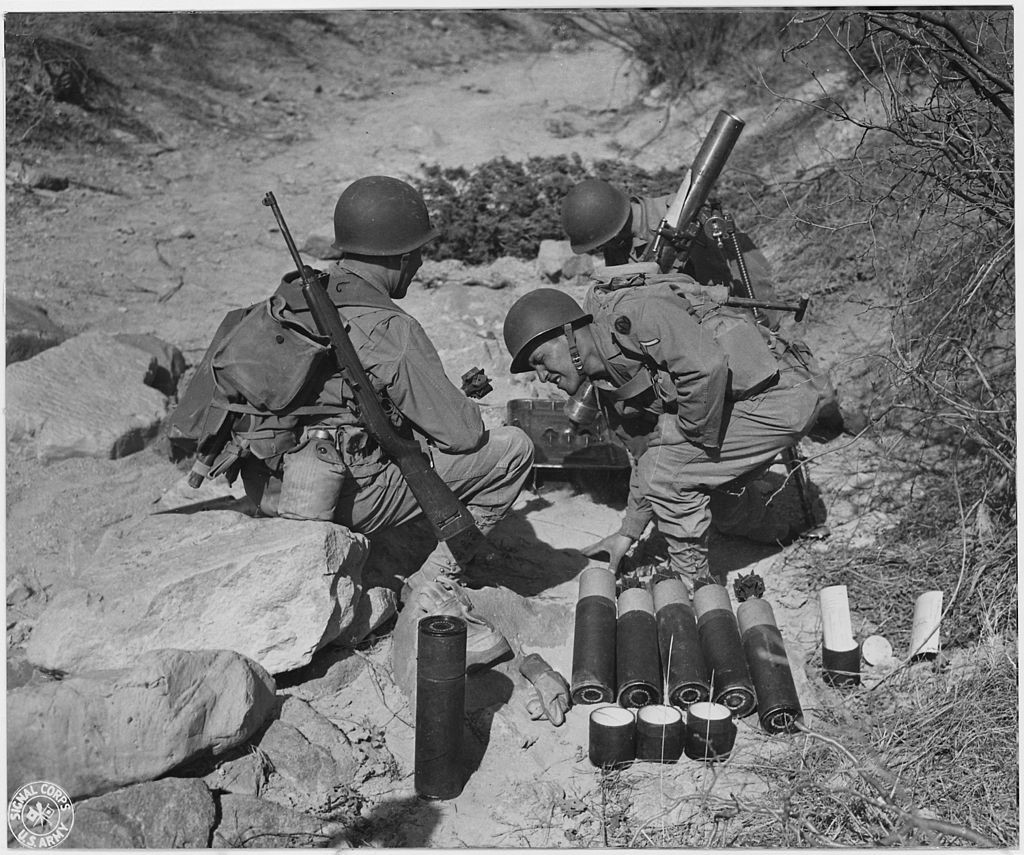 The M1 Carbine was praised by soldiers for being lightweight and easy to carry, especially by support troops and guerrilla fighters who only saw occasional fighting. However, many soldiers complained about the lack of stopping power in the .30 Carbine cartridge. This was an especially common complaint from soldiers involved in large periods of heavy fighting. However, in all fairness, the M1 Carbine was not designed for that sort of use in the first place.

Towards the end of World War II, the M1 Carbine was modified to be capable of select fire operation, and the resulting firearm (the M2 Carbine), was very popular during the Korean War. Until the introduction of the M-14 and the M-16 many years later, the M2 Carbine was the only firearm in the United States military’s inventory that had capabilities anywhere close to assault rifles such as the German StG 44 and the Soviet AK-47, though the ammunition used in both of those rifles was significantly more powerful than the .30 Carbine cartridge.

Another version of the M1 Carbine, the M3, was fitted with a primitive infrared scope and an active infrared light. This was the first weapon issued to American soldiers with true night vision capability. The M3 was used extensively during the Battle of Okinawa and was extremely effective against Japanese night time infiltrations and assaults.

These days, the .30 Carbine cartridge is still relatively common in the United States. Over 6 million M1 Carbines were produced, and they are by far the most popular firearm chambered in .30 Carbine. After World War II ended, the Army sold hundreds of thousands of brand new M1 Carbines to civilians as surplus. Available for less than $20 apiece, the M1 Carbine quickly became extremely popular among hunters and shooters in the United States. However, there are a few other firearms chambered in .30 Carbine out there, such as the Ruger Blackhawk, Taurus Raging Bull and the AMT AutoMag handguns.

Aguila, Hornady, Remington, Federal, Sellier & Bellot, Prvi Partizan, Tula and Winchester, among others, currently offer a few different loads for the .30 Carbine. The most common load is still a 110 gr FMJ bullet traveling between 1,900 and 2,000 feet per second. However, several companies also produce soft-point, hollow-point, or even ballistic-tipped bullets designed for self-defense or hunting applications. 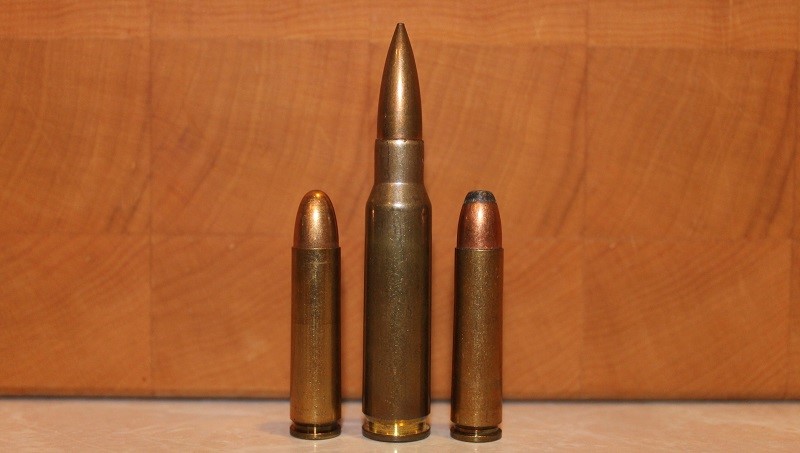 Hunting With the .30 Carbine

Yes, it’s true that the .30 Carbine is a pretty anemic load compared to most rifle cartridges. However, you must remember that it was designed as an intermediate cartridge. While the .30 Carbine is hopelessly outclassed by most rifle rounds, it is more powerful than many pistol rounds that are also popular for deer hunting, such as the .357 Magnum, 10mm Auto, and .45 Colt.

Under the right conditions, and with proper shot placement, the .30 Carbine can be an absolutely deadly round for small- to medium-sized game. Hunters have been cleanly killing deer, hogs, javelina, coyotes and foxes with the .30 Carbine since the end of World War II.

Second, do not ever use FMJ ammunition when hunting big game. Not only is it illegal to use for hunting in most states, but FMJ ammunition does not perform nearly as well as hollow-point or soft-point ammunition. A FMJ round will probably have no problems penetrating all the way through the animal, but it won’t do nearly as much damage and you may end up having to track the animal for a very long way before you find it. Fortunately, there are several different types of expanding ammunition on the market today that are excellent choices for those interested in hunting with the .30 Carbine.

Next, ensure that you only take short range shots with the .30 Carbine. One-hundred yards should be your maximum range, and 50 yards is even better. This is especially important when hunting with a pistol chambered in .30 Carbine, as velocities will be noticeably slower than those obtained from a rifle. The .30 Carbine is right on the borderline of what I consider ethical for medium-sized game and it is important to stay within the limitations of the round and not try to push your luck.

Finally, don’t try to hunt animals that are too big for the round. The .30 Carbine is great on small- to medium-sized game, such as coyote and deer. However, using it to hunt bigger animals such as bear, elk or moose is probably asking for trouble.

In addition to hunters, the M1 Carbine is also popular among many police departments and civilian shooters in the United States. Especially before the Mini-14 and the AR-15 were readily available to civilians, the M1 Carbine was the most common choice for those who wanted something more powerful and with more firepower than a pistol without carrying a rifle.

Since the M1 Carbine is short, lightweight, easy to shoot, and had a 15- or 30-round magazine, it quickly became popular for home defense and law enforcement use. No less an authority than Jim Cirillo of the New York Police Department’s Stakeout Squad hailed the .30 Carbine as one of the most effective man-stopping cartridges available (when using hollow-points) and stated that the M1 Carbine was one of his favorite weapons. Though not a good choice for concealed carry, the .30 Carbine can still be a good choice for home defense, when concealment is not nearly as big of an issue.

During the Korean War, the .30 Carbine round gained a reputation among soldiers for poor performance on North Korean and Chinese Soldiers during extremely cold temperatures. Since then, it has become something of a myth in shooting circles that the .30 Carbine bullets were failing to penetrate the thick, padded winter clothing worn by our opponents during the Korean War. This is most likely false.

In reality, the soldiers in the Korean War using the M1/M2 Carbine were probably shooting at Communist soldiers who were at a minimum, amped up on adrenaline, and potentially under the influence of drugs. Under such conditions, a person could potentially suffer several life-threatening wounds, yet show no immediate effects from them unless a major bone or the central nervous system was hit. The poor terminal performance of .30 Carbine FMJ bullets (especially compared to the .30-06) has been well documented. However, this is most likely due to the tendency of the .30 Carbine round to punch right through a target without tumbling or expanding, thus creating a relatively small wound channel.

At short range, both FMJ and many soft-point .30 Carbine ammunitions will penetrate through most bullet proof vests rated up to Level IIIA (the highest level of ballistic protection without a ceramic plate) with no problems whatsoever. With this in mind, I’m sure that the .30 Carbine bullets fired by our soldiers and Marines in Korea were probably penetrating through the thick winter clothing worn by the North Koreans and Chinese with no problems.

However, the bullets were probably causing significantly less damage than the .30-06 rounds fired by the BAR and M1 Garand. Additionally, the thick winter clothing was also likely doing an excellent job of soaking up blood from the bullet wounds and perhaps even slowing down blood loss. This, coupled with the poor terminal performance of the .30 Carbine FMJ rounds and the possible drugged state of many of the Communist soldiers, made them appear to be virtually uninjured by carbine fire to our Soldiers and Marines in the heat of battle.

So, what’s the lesson here? Shoot .30 Carbine soft-points when you’re using the cartridge for self-defense. As Jim Cirillo and his fellow police officers demonstrated, the .30 Carbine is an extremely potent round when loaded with expanding bullets. Additionally, as stated above, the majority of the commercially available soft-point .30 Carbine ammunitions on the market today will penetrate through the most commonly used bulletproof vests, so even expanding rounds can be relied upon to penetrate deeply enough to reach the vitals of an assailant under most conditions. There are very few handgun cartridges that can duplicate this performance.

However, over-penetration is a concern with .30 Carbine ammunition. As always, you must be aware of what is behind your target when using it because it is absolutely possible for a round to penetrate one or two walls with enough energy remaining to injure or kill someone unintentionally.

Even though it is an intermediate cartridge that is outclassed by many of the more modern rifle cartridges on the market today, the .30 Carbine still has quite a following among American hunters and shooters. While the .30 Carbine certainly does have its limitations, it is still a good choice for hunting and self-defense under the right conditions.