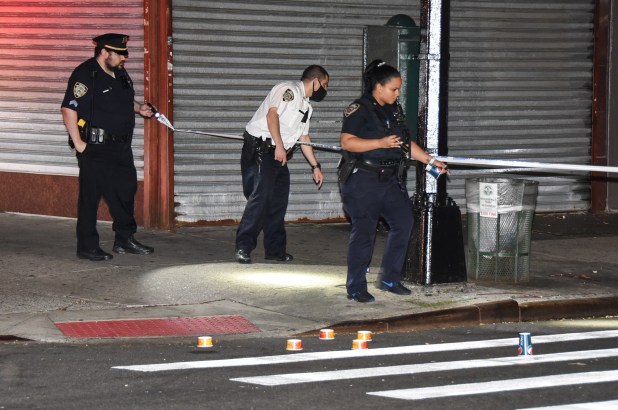 By Craig McCarthy and Larry Celona

The city surpassed 1,000 shootings for the year on Sunday, according to NYPD data, which also shows an average of nearly 10 people fell victim to gun violence each day over the last four weeks.

With four more months left in 2020, New York City logged 1,004 shootings as of Aug. 30, according to NYPD data released Monday. Last year, there had been just 537 by that time.

It is the first time the city has eclipsed the benchmark in gun violence since 2015, when 1,138 shootings were recorded for the entire year.

“Mr. Mayor, it is time to stop calling New York the safest big city,” a Brooklyn cop quipped to The Post.

The notable number comes a week before Labor Day, when cops expect another bloody holiday weekend in the Big Apple.

The city has seen 13 straight weeks of surging gun violence — with 375 more shootings and 499 more victims compared to the same time last year.

There were 277 shooting victims logged over the 28 days ending Aug. 30 — meaning on average, nearly 10 people per day were shot, NYPD data shows.