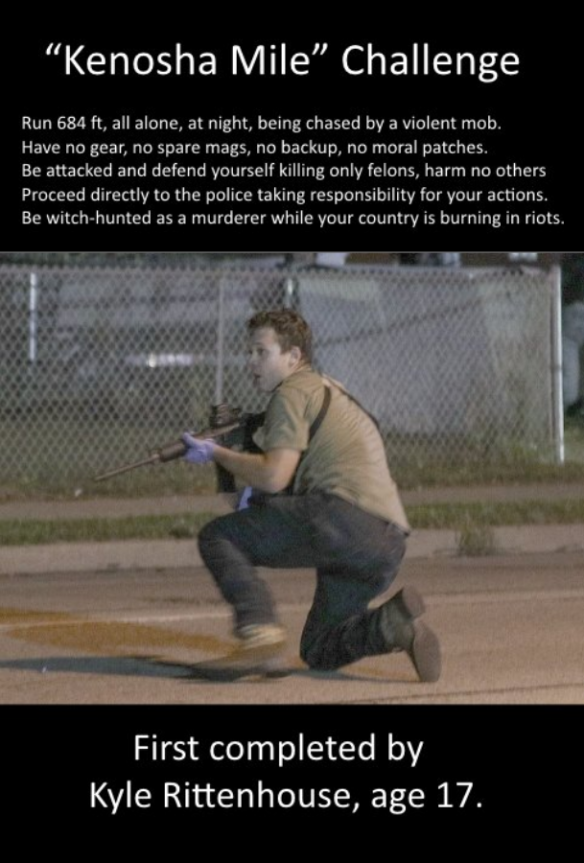 In that its obvious that the Kid has some guts. Plus he put his money where his mouth is and stood in the door. That and his fire discipline on the whole was pretty good. I doubt that I would of done as well as he did. (He is really lucky to be alive)

On the other hand I have some reservations about him. In that he obviously did not have to be there. Unless he was getting paid for Guard Duty. Also he was under equipped with not enough ammo / mags.

That and he did not have a plan on what to do when the shit hit the fan. Or any kind of back up in a very bad AO. As it’s always good to have some friend(s) around when the brown sauce is broken out.

All I know that it is going to be a VERY interesting Court Case. I just hope that Kyle has a good lawyer. Because the whole Swamp is going to come at him with full force.