While drastic containment measures came into effect on March 17 at noon in France, carelessness and incivility persist in the immigrant districts of Paris. The police dispatched on the spot are exasperated with the inhabitants.

Compact and endless queues, mothers dragging their shopping trolleys through a dense crowd, food stalls still well supplied… At Château-Rouge, residents seem to have a different definition of confinement.

Among the streets littered with rubbish trampled by passers-by, a journalist from Actu Paris followed and filmed a brigade of the National Police, who came to try to enforce confinement announced by the government.

The commissioner of the 18th arrondissement of the capital, megaphone in hand, tries to enforce the barrier: “One person by one person in the store! Back off!”

The officials skim the queues to request compliance with the distance of one meter and check the exit certificates, required since noon. At the entrance of a supermarket, a security guard distributes several copies to customers massed around him, with the police calling him to order: “You are going to create a riot!”

The immigrants simply either ignore the police or challenge them. 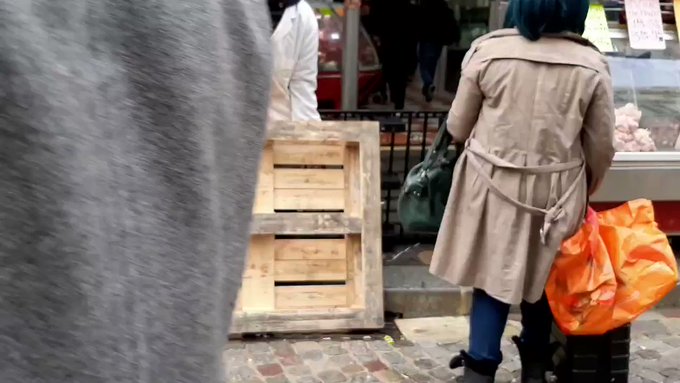 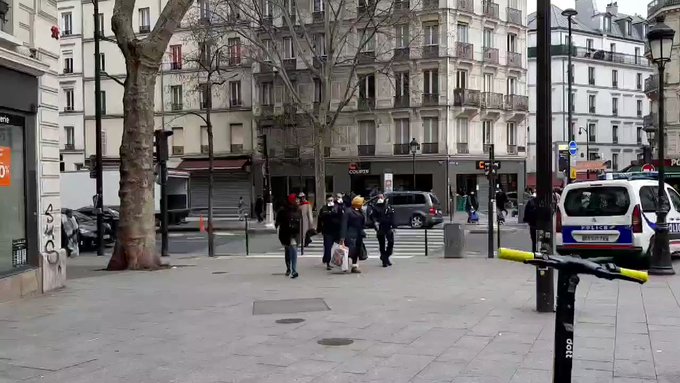 8,720 people are talking about this

The popular French commentator Eric Zemmour reported that migrant neighbourhoods in France have risen to the challenge of the Coronavirus crisis by rioting and looting supermarkets.

“They don’t want to respect the quarantine. This could end very badly. There is already looting in the supermarkets. In the big supermarkets.”

Similarly, in Germany, in the town of Suhl, to enforce the quarantine in a reception facility for asylum seekers, the Thuringian authorities have relocated 22 rioters. According to German police sources, the men have been taken to an empty youth detention center.

Around 200 police officers were deployed to move the rioters after a migrant coming through Sweden had tested poisitive for Covid-19. Because of the risk of infection, they wore additional protective clothing.

123 people are talking about this

AfD member of the Bundestag Steffen Kotré accused the Federal Government of “deliberately endangering” citizens. The property had been isolated since Friday after the Afghan resident tested positive. A group of men from Georgia and the Maghreb countries had repeatedly tried to leave the site.

Security forces prevented them from doing so but migrants threw objects at them. The migrants then threatened to set fire to the building and used children as protective shields.

Suhl’s chief of police, Wolfgang Nicolai, told the MDR: “We knew from the start that there would be problems. We hope that this will bring a little more peace.”

The residents of the facility will be better informed about the danger from the disease. “A big problem is that many people know next to nothing about the Coronavirus,” said medical officer Marion Peterka. In order to change that, several interpreters will now help them.