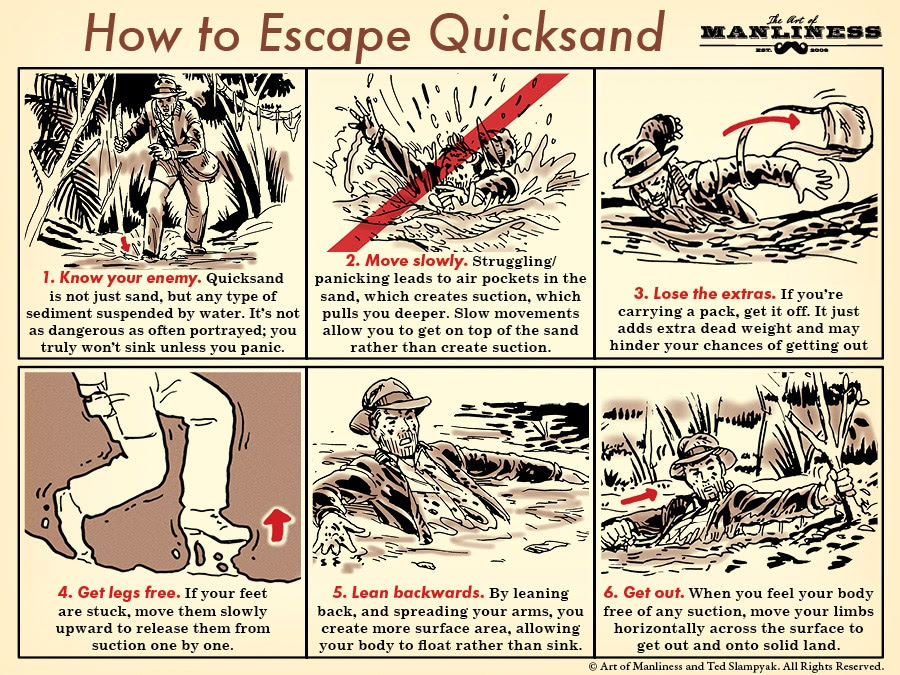 Quicksand has held an interesting place in our cultural zeitgeist. Particularly in the 1950s and 1960s, it played a role in nearly one-third of Hollywood movies. Lawrence of Arabia, winner of seven 1962 Oscars, features a dramatic scene in which actor Peter O’Toole races across the desert sands in an ultimately unsuccessful attempt to save a young boy from quicksand. In 1963, Martin Luther King, Jr. delivered his famous “I have a dream” speech, and used the line “lift our nation from the quicksands of racial injustice” to implore the crowd and nation. When scientists were debating the safety of landing on the moon, plenty of smart men argued that lunar quicksand could envelop the lunar lander entirely and ruin the mission. Even the Vietnam War was often described as and compared to being a quagmire or pit of quicksand.

Quicksand was once something that kids feared, and adults thought was a seriously dangerous real-life scenario. Today, that’s not so much the case (unless the kid in question has discovered The Princess Bride, and been watching it over and over). There isn’t any research as to why this is; it’s possible that the idea of quicksand simply ceased to cause fear once the culture was flooded with it, folks got inured to the trope, and fewer and fewer movies featuring this danger were made. In the 90s, the fear of quicksand was supplanted by that of zombies and ghosts — the most common deliverers of terror in our modern forms of entertainment. Since we’ve already likely reached the point of “peak zombie,” the undead may experience the same fate as quicksand in another decade or two, only to be replaced by some other wreaker of havoc. (For some more discussion about this interesting phenomenon, take a listen to this Radiolab podcast.)

While quicksand is indeed real, it’s not nearly as dangerous as Hollywood once made it out to be. First, this natural phenomenon can’t happen just anywhere; it requires some sort of underground water reserve, so in the U.S., you’re most likely to find it in the swamps/marshes of the Southeast, or the canyon regions of Utah, Arizona, and New Mexico. Also, you won’t sink to your death unless you really panic. As long as you make slow movements, and know some basics about escape tactics (provided above), you’ll in all likelihood be just fine. In fact, death by quicksand is most often not due to drowning in it, but because escape isn’t made quickly enough and the person succumbs to the elements. Using the tips above, you can rest assured that won’t be you!

Like this illustrated guide? Then you’re going to love our book The Illustrated Art of Manliness! Pick up a copy on Amazon. 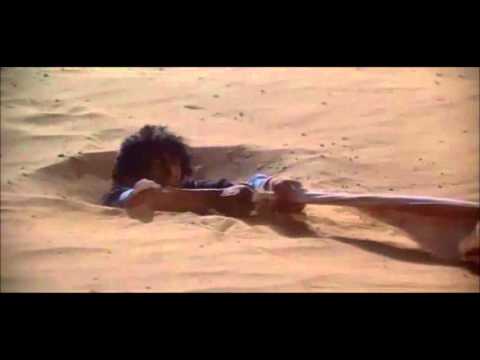