One  of the things that you have to remember about the Media. Is this, as it is a big dumb dog that is always hungry for information. Another tidbit that I have learned is that it usually is a lazy bunch too.

Especially if you watch it on say Political or Business matters. I myself found this out about them when down at my School District. As They always love press releases. Since that cuts down on their work a lot.
Because real journalism is a lot of hard work. So like a lot of folks. They will take the path of least resistance. Especially since they are always under the gun with their deadlines.

Another thing to remember about the so called “4th branch of Government”. Is that the motto of “If it burns or bleeds, then it leads”.
Since this is what sells their service.
So that is why the Media is always going on about how terrible things are. Since this is how they get your attention. This also why they seem to want you to be always alert to this problem or other.
This is why I think that Americans have lost a lot of their confidence and courage. Because of this 24/7 news coverage that is constantly barraging the world. With a loy of tragedy and gore.
I also think this is why a lot of folks don’t even watch the news any more or trust the Media.
NOW LET US GET TO THE GUNS PART OF THE STORY Now I make it a firm personal policy of mine to avoid the Press like a I would with a $2 Hooker. Its is just not worth it. 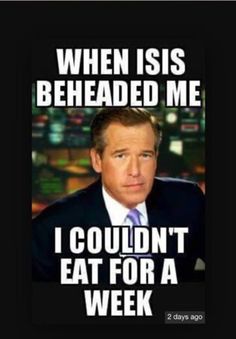 Since it seems that they almost always get the story wrong one way or another. Now to be fair. Some of the Reporters try to get the story right. But we all have played the game of Telephone at school one time or another.
This is when. The Teacher has whispered a message to one student  and then had the entire class whisper it thru the whole class. It always amazed me on how things get twisted up at the end.
It is the same story with these folks. Especially when you get folks that have an agenda or political bent. And a lot of them do. As they seriously think that they are a major player and a lot of them just love it too.
So most of the time, Just remember the Golden Rule. “Silence can be Golden at times. Because what you can say will be used against you.”