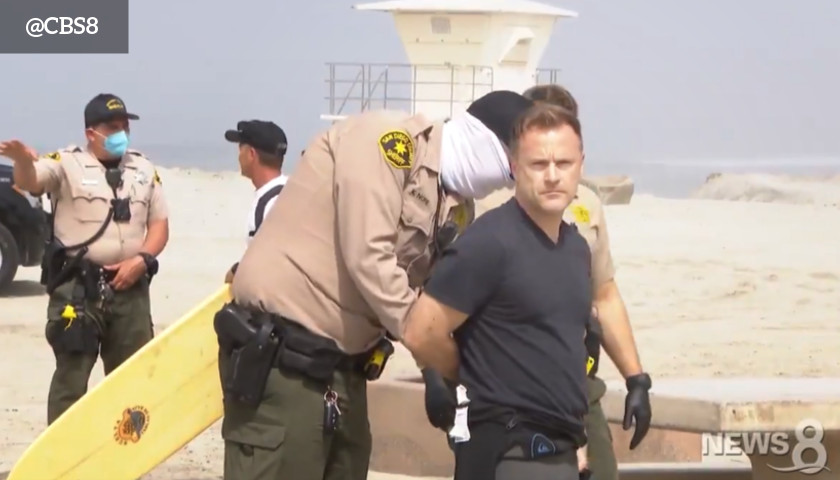 For that is what “thanks to” means here, right? Because, “propter” in Latin.

No one needs to ask what sort of curves we are talking about here. There is only one subject that is being discussed now towards the end of April 2020: coronavirus, the insidious cold bug brought to the world by the Chinese Communist Party.

After several weeks of rising numbers of cases and deaths, the bell curves have crested and are beginning to decline almost everywhere. Hurrah! Let’s pat the American people on their collective back. It takes a lot of hard work to destroy the entire economy of a complex first-world nation like the United States in just a few weeks.

But we may have done just that. We forced most businesses to close. We forced people to stay at home. We imperiled countless hospitals by making them treat only one thing: patients sick from the coronavirus.

We put more than 26 million people out of work. We shaved trillions of dollars of wealth off the market. Whew! I think of the Caledonian Calgacus who (according to Tacitus) observed that the Romans solitudinem faciunt, pacem appellant: “they make a wasteland and call it peace.”

Unless you are a public health official, for whom even one case of illness from coronavirus is unacceptable, most people feel that our work here is done, or nearly. You can tell that because everywhere people are talking about, and embarking upon, an effort to restart the engines of everyday life.

Well, not only public health officials. They are joined by many Democratic politicians who, like the Marxists of yore, believe that “the worse, the better,” that is, the worse things get, they better they are for “the revolution.” The more people suffer, they think, the more likely they are to turn the bad orange man out of office come November.

Nothing Like a Little Human Sacrifice to Save Lives

Which brings me back to that crucial distinction between post hoc and propter hoc. Count on it: The narrative that is being carefully force-fed to us by the public health establishment and their political allies is that this scourge of scourges would have caused millions of deaths had it not been for the “stringent lockdown.” We had to destroy ourselves in order to save ourselves.

The Aztecs, as is well known, practiced human sacrifice. They placed their victims on a sort of altar atop a temple, sliced open their chests, and extracted their still-beating hearts. Hard cheese on the slicees, of course, but at least they died in the knowledge that their sacrifice was in a good cause. For the Aztec priests did not perform this grisly ritual wantonly. They did it in order to appease the sun god Huitzilopochtli who was constantly at war with darkness. If they omitted the ritual, the darkness would extinguish the sun. How did they know? Simple. They performed the ritual. And the sun rose today, right? Obviously, it was because they performed the ritual that the sun rose.

By now, the political and public-health establishment has an enormous amount invested in a logically similar piece of reasoning. We shut down the country. It was (is and will be) painful. Millions have lost their livelihoods. We are already seeing an uptick in suicides, drug addiction, and other pathologies that follow on economic collapse. But this wasn’t done for nothing. Nosiree! If we hadn’t done it millions would have died. According to the original Imperial College model, the number was 2.2 million.

But that model was wrong. So were the succeeding models that purported to tell us what we could expect with “full mitigation.” It’s hard to tell just how wrong because, starting a few weeks ago, all you had to do to count as a COVID-19 casualty was be in a position to have been exposed to it. Thus it is that the numbers of deaths attributed to the seasonal flu (for example) dropped precipitously while those attributed to COVID have spiked. Since hospitals get more Medicare money (15 percent per diagnosis) for patients with COVID, more patients with COVID are forthcoming.

The narrative will be hard to shift. Until it suddenly collapses under the weight of stories like this: “Miami-Dade has tens of thousands of missed coronavirus infections.” Hmm. You’re seeing more and more such stories. I talked about one from Santa Clara, California last week. One of the most revelatory was a long video presentation from just a day or two back by two emergency room doctors in California. It’s nearly an hour-long, but worth your time.

Those doctors are on the front line of the battle against COVID-19. They’ve treated many people who were made very sick from the virus. They also understand the natural progress of respiratory diseases (a subject I talked about here).

Some key takeaways from their presentation: the initial models predicting mass deaths from the COVID-19 were “woefully inaccurate.” With every passing day, we get more and more data about how many people have been infected with the virus. That number keeps jumping up. The number of fatalities, however—even when juiced by adding in all the people who were old and gravely ill with something else—has stabilized and, in most places, is declining.

For example, as of April 23, their data predicts that about 12 percent of Californians are positive for exposure to the virus. There are some 39.5 million people in California. That means 4.7 million have been exposed. As of the 23rd, 1227 people had died from the virus (it’s up a few hundred since then). That means that you have a 0.03 percent chance of dying from COVID-19 in California.

The bottom line about COVID-19? “Millions of cases, small amount of death.” Does that, they ask, justify “sheltering in place”? Shutting down the medical system to everything except COVID? Staying home from work?

Possibly, they acknowledge, when the virus first appeared and our knowledge of its lethality was limited, such precautions were rational. But now?

We are told by the establishment that this respiratory illness is not the flu, is not like the flu, and anyone who says that it is is ignorant, malevolent, or both. But with every passing day, it becomes more and more clear that COVID-19 is, in many respects, very much like the flu. It seems to be less contagious, more lethal for the elderly and fragile, less lethal for anyone under 50.

All told, the number of deaths attributable to this particular illness is about the same as the number of deaths attributed to a bad flu season. And remember that many of the deaths that have been attributed to COVID-19 involve people who did not so much die from the disease as die with it (another example of the importance of distinguishing between post hoc and propter hoc).

For one thing, isolating most of the population impedes the development of herd immunity. For another, by encouraging people to isolate themselves from the world at large, it threatens to erode the potency of our natural immune systems, which require regular challenges to remain robust.

In Sweden, a much milder regime of “mitigation” was enforced. Schools and bars and restaurants remained open. Large gatherings were prohibited. People were encouraged to (and did) practice social distancing. The elderly and ill were protected. The results? Almost indistinguishable from the results in Norway where a much stricter regime of mitigation was enforced.

Perhaps the most important lesson from the presentation by those two emergency room doctors is this: “Theory and reality are not always the same.”

The inescapable Dr. Anthony Fauci is an eminent epidemiologist, perhaps none more so. He has not, these doctors speculate, seen a patient in 20 years. He has been wedded to models that were constantly changing. Hence his predictions have been woefully wrong and look increasingly alarmist. In response to those predictions, we have enacted extraordinary emergency measures that have severely curtailed personal liberty while also expanding the apparatus of social control at every level.

Big government just got a lot bigger and a lot more intrusive.

Towards the end of their presentation, one of these doctors observed that “If you’re going to dance on someone’s constitutional rights, you’d better have a good reason.” An extreme national emergency might provide justification for extreme action. The new coronavirus, however, is not an existential emergency but the vicissitudes of ordinary life. We should, these doctors advise, treat it “like the flu,” not the Black Death. I agree.

Roger Kimball is editor and publisher of The New Criterion and the president and publisher of Encounter Books. He is the author and editor of many books, including The Fortunes of Permanence: Culture and Anarchy in an Age of Amnesia (St. Augustine’s Press), The Rape of the Masters (Encounter), Lives of the Mind: The Use and Abuse of Intelligence from Hegel to Wodehouse (Ivan R. Dee), and Art’s Prospect: The Challenge of Tradition in an Age of Celebrity (Ivan R. Dee).
Photo “Arrest at the Beach” by CBS News 8 San Diego