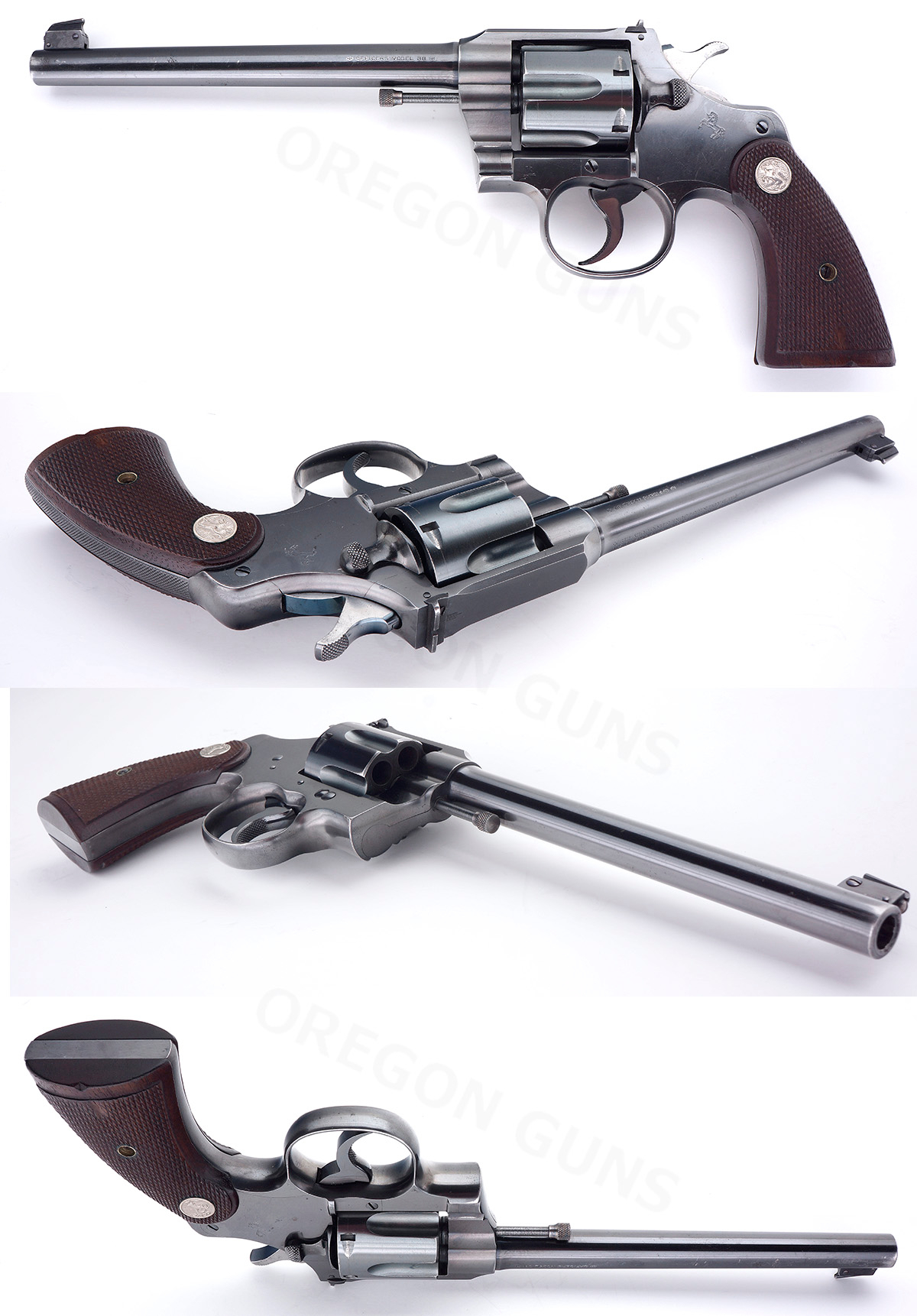 These are mighty rare now a days. But they are also if still in good condition. One of the best Double Action Target Pistols out there! They have also been called the poor man’s Python.

Seeing that they were also hand fitted to a great degree at the Colt Factory. But since they were not a 357 Magnum. They were not given the shroud and heavier barrels of the Python. So Colt cold pass on the savings. But they are still a great Gun!