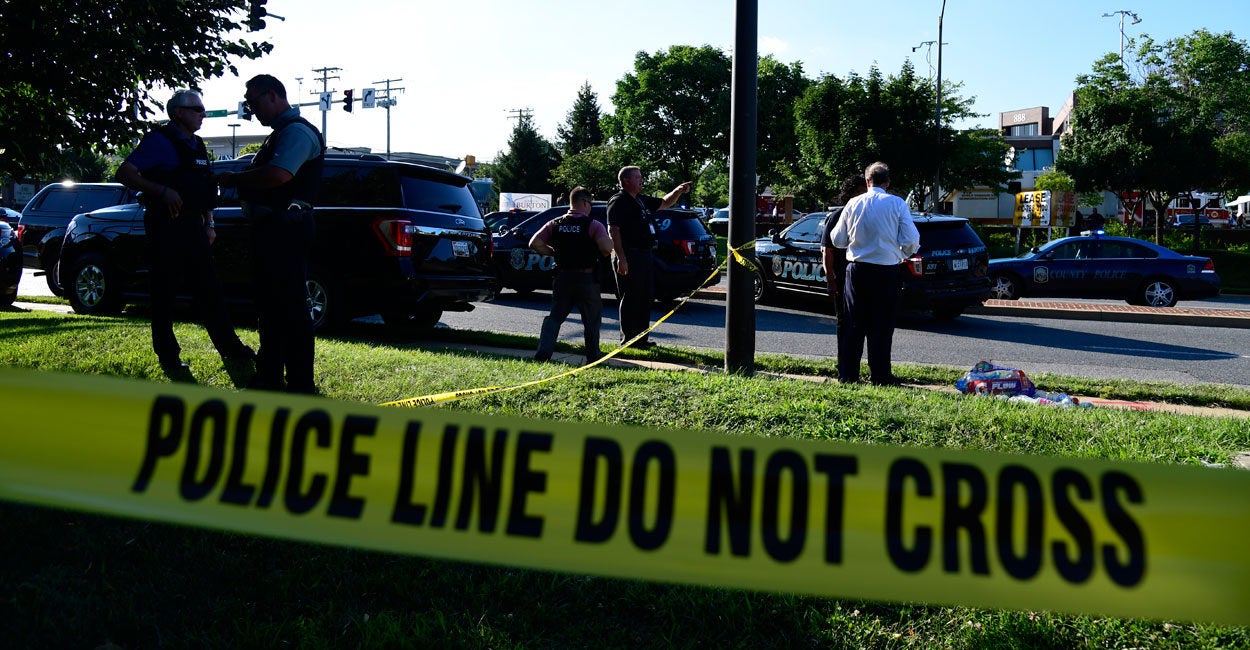 Amy Swearer is a visiting legal fellow at the Meese Center for Legal and Judicial Studies at The Heritage Foundation.

On Thursday, four journalists and one staff member of the Capital Gazette were murdered in the newspaper’s Annapolis, Maryland, office.

While the event was initially widely covered by all major news outlets, the media is likely to quickly move on from the story, just like it did with the Santa Fe High School shooting, because it doesn’t fit the right narrative. (Unlike many of the Parkland students, the Santa Fe students didn’t respond to the tragedy by calling for gun control measures.)

That in itself is a shame, not just because there is much to learn from this tragedy, but also because the inspiring courage of the surviving journalists deserves more than a single news cycle.

Why It Will Go Away Quickly

The liberal Left continue to push their radical agenda against American values. The good news is there is a solution. Find out more >>

Reason No. 1: It doesn’t fit the gun control narrative.

This shooting can’t be blamed on lax gun laws. Maryland has some of the strictest gun control laws in the country, earning it an A- rating from the Giffords Law Center—one of only six states to earn above a B+ score. It has enacted almost all of the gun control measures commonly proposed by gun control advocates.

And yet, despite this, not only did this incident occur, but Baltimore is one of the worst cities in the U.S. for gun-related violence, and was recently named by USA Today as “the nation’s most dangerous city.” In the last sixth months, 120 Baltimore residents have been murdered with firearms—21 in the last 30 days. Maryland itself does not fit the gun control narrative.

But this tragedy does fit the actual common fact pattern of mass public shootings: An individual with a long history of concerning behaviors managed to avoid a disqualifying criminal or mental health record, took a legally owned “non-assault” firearm to a gun-free zone, and picked off defenseless people in the time it took law enforcement to respond.

This reality, however, is inconvenient for pushing common gun control measures like raising the minimum purchase age to 21, imposing universal background checks, and banning “assault weapons.”

That makes it much more likely this story will quietly fade and be replaced by other stories that can be better weaponized against conservatives, like Justice Anthony Kennedy’s retirement.

Within an hour of the first reports of shots fired in the Capital Gazette building, numerous media pundits took it upon themselves to blame the shooting on Trump’s rhetoric about “fake news.” A Reuters reporter accused the president of having blood on his hands, followed by similar accusations from a New York Times journalist, a White House correspondent, an investigative reporter from Politico, and other high-profile media personalities.

They were completely, unequivocally wrong.

The suspect wasn’t motivated by political ideology, but by a longstanding feud with the newspaper that predates Trump’s election by roughly four years. Had these journalists waited for the facts of the situation to come out, they could have avoided looking exactly like the “fake news” media the president has accused them of being.

Instead, they’re having to backtrack and justify irrational statements. That’s not an easy job, and often requires a bit of humility.

On the other hand, simply dropping the story as fast as possible is much more convenient.

Why It Shouldn’t Go Away Quickly

Reason No. 1: We need to face the reality of warning signs.

It’s all too common to hear people, in the aftermath of these attacks, imply that they had every reason to believe the suspect was a danger to himself or others, and yet nothing was done to keep him from possessing firearms. We must learn from these heartbreaking incidents so that we can prevent future tragedies.

The suspect has been convicted of criminal harassment, a misdemeanor that carries a maximum penalty of 90 days in jail. He served 18 months of supervised probation. But in Maryland, as in most states, this is not an offense that disqualifies a person from possessing a firearm.

Criminal stalking, harassment, and threatening behaviors need to be taken seriously as indicators of future violence. This man’s actions left a women so in fear for her life that she moved to a new location and told reporters that she still sleeps with a gun.

He became so unhinged that Capital Gazette employees reported him and his threats to two different law enforcement agencies. A former executive editor and publisher for the paper once told his attorneys that “this was a guy that was going to come and shoot us.”

The answer is to intervene with the specific individuals who, by their actions and based on objective criteria, indicate that they present a heightened risk of danger to themselves or to others compared to the general population.

This does not mean that every single person who has ever committed a misdemeanor should be eternally, completely stripped of gun rights, either. States should pair individual restrictions for violent and violence-related misdemeanors with comprehensive, fair, and easy-to-utilize mechanisms for the restoration of an individual’s Second Amendment rights.

There is no evidence that any employees of the Capital Gazette would have chosen to carry a firearm to work for self-defense. But had they been inclined to protect themselves against a person they reasonably—and correctly—believed was more than capable of carrying out his threats, Maryland makes it nearly impossible for them to do so outside of their homes.

Maryland is a “may issue” state, meaning it does not presume that residents have a right to carry concealed firearms, and only issues permits to those who sufficiently prove they have a “good and substantial reason” to carry a firearm in public. This bar is rarely met, even by law-abiding citizens such as Robert Scherr, who served honorably in the National Guard and who felt at risk because of his work as a divorce lawyer.

And even if a Maryland resident is one of the lucky few authorized to carry a gun in public, she is prohibited from doing so in a wide range of places.

The reality is that, for all of Maryland’s strict gun laws, it has only succeeded in making it more difficult for law-abiding citizens to defend themselves from criminals bent on destruction.

Reason No. 3: The journalists are heroic.

The most unfortunate part of the likely imminent media retreat from this story is that the real heroes of the day won’t get the coverage they deserve.

When asked if the Capital Gazette would print a Friday edition on the heels of so horrific a tragedy, reporter E.B. Furguson III fiercely told The New York Times, “Hell, yes.” This was followed by a tweet from the Gazette’s twitter account, informing the public: “Yes, we’re putting out a damn paper tomorrow.”

The men and women of the Capital Gazette were hours removed from watching their colleagues be slaughtered simply for having the audacity to publish truthful material about a deeply troubled man. Their blood was still wet on the floors of the printing office. The pain was raw, and deep, and intense.

So they did the most courageous thing they could do.

They published the damn paper.